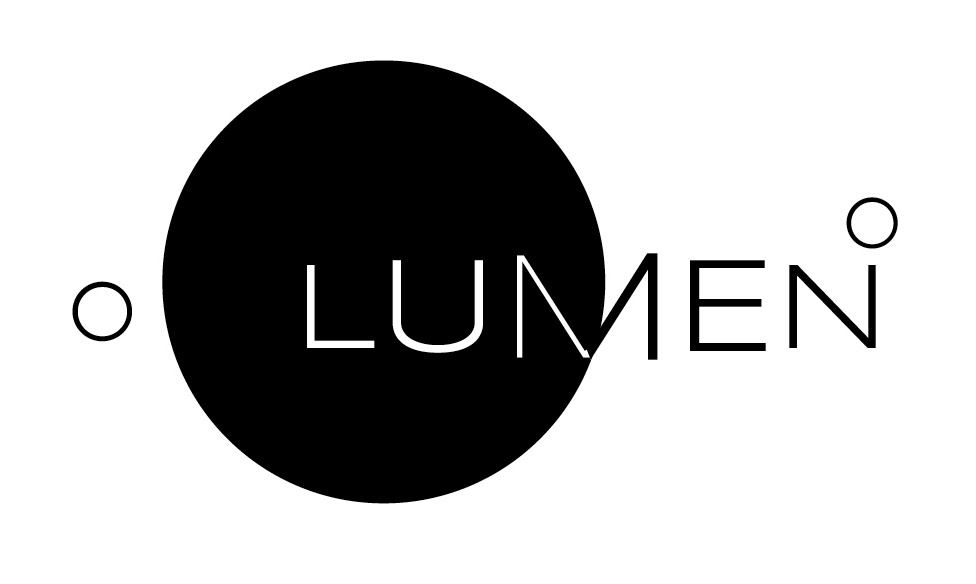 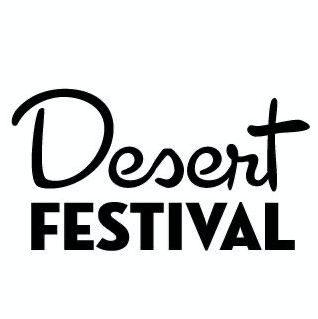 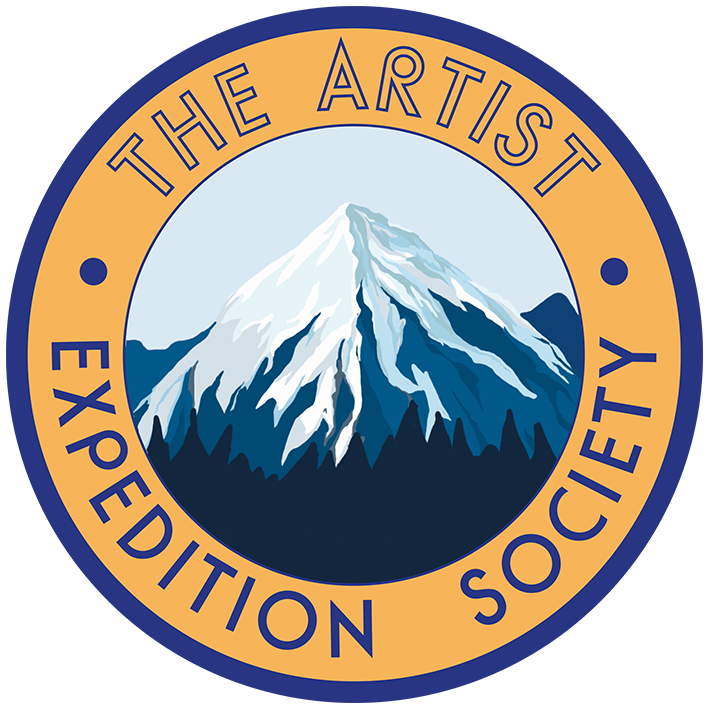 To compliment the On Ancient Earth Exhibition, Lumen and The Artist Expedition Society presented a series live online of Artist Talks.

The talks, which took place between October and September during the Desert Festival, are available to view here.

All talks are hosted by Anna Dakin from The Artist Expedition Society in Mbantwe/Alice Springs in Central Australia.

On Ancient Earth was co-curated by Lumen and The Artist Expedition Society.

This exhibition took place on Arrente country. We acknowledge elders past, present, and emerging.

On Ancient Earth was part of the Desert Festival 2020, and was proudly supported by the Alice Springs Town Council.

Sarah Edmondson is a video and installation artist who has just completed an MFA at the National College of Art and Design, Dublin. Sarah’s research provides a critique of the gifting of moon rock to nations and states, with a particular focus on Ireland, by President Nixon in 1973. Almost 50 years later, Sarah is concerned and intrigued by the acceptance of these so-called gifts, curious about the political implications embodied in these slivers of stolen stone and their relevance to current space law and the privatisation of the space race.

Kitoko Diva’s hybrid practice between photography, moving images and sound creates absorbing performance and immersive video installations interacting with identity, race, social structure and surrealism. Her work challenges contemporary socio-political economic issues by building alternative landscapes and substitutes realities with new forms of cinematography. She creates a series of socially engaged, inclusive cinematic shots with dream-like symbolism traversing space and time to redefine what you think you know about yourself, the world and blackness.
After studying theatre performance, Kitoko Diva started experimenting filmmaking, music and graduated with a BFA in Art History & Archeology, majoring in Cinema. Her work has been screened at the Tate Modern for Southwark Untold Pempeople, BlackStar Festival and was selected for the 70th edition of Jeune Creation’s performance program in France. Born in Paris, France from Congolese-Angolan parents, she lives and works in London, United Kingdom.

Celina F. Lage is an Italian born in Brazil. Her transdisciplinary artistic research is characterized by concerns with poetry, philosophy & mythology. Her artworks reflect in a peculiar way her passion for words and images, letters, poetic and metalinguistic mechanisms. She works mainly with painting and digital image. Her art is conceptual and postminimalist. This theoretical characteristic derives from her background in Ancient Greek Literature & Philosophy. She took part in exhibitions and festivals in New Zealand, Spain, Greece, Argentina, England, Germany, Denmark & Brazil. Celina F. Lage is also Professor of Curation and Contemporary Art in the State University of Minas Gerais (UEMG), Brazil. She collaborated from 2009 to 2012 in the Graduate Program in Applied Arts at the Hellenic Open University, Greece. Ph.D. in Comparative Literature, Master of Theory of Literature and Bachelor of Philology, major in Greek and Latin. Post-doctorate in the National & Kapodistrian University of Athens and Athens School of Fine Arts (Greece). Former Fellow of the Alexander Onassis Foundation, the State Scholarships Foundation (Greece) and CNPq (Brazil).

Lumen Studios is an art collective, focused on themes of astronomy and light, regularly exhibiting in churches as well as galleries. Through art, exhibitions and seminars we aim to raise a dialogue about how humanity understands existence. The members of Lumen are Louise Beer, Melanie King and Rebecca Huxley.

Lumen first launched at The Crypt Gallery in Saint Pancras on the Winter Solstice in December 2014. Since then, Lumen has curated exhibitions about a wide range of subjects including the detrimental effects of light pollution, the representation of voids and black holes. Since May 2015, Lumen have also curated exhibitions within their own gallery space the Crypt at St John on Bethnal Green, in their gallery Lumen have curated group shows, solo shows and artist in residence programmes.

Please get in contact with any enquiries about trips you’ve booked, trips you’re interested in, or hiring us for a private charter.

We are often out of phone range during trips. If you can’t get through by phone, please email your name, phone number, and enquiry to Anna and she will get back to you as soon as she can. Please reserve phone calls for emergencies only.

Nettie Edwards is an English artist who has enjoyed a long and fruitful association with Lumen London. She works with smartphone technology and sustainable photographic darkroom processes. Many of her projects explore Humankind’s physical and spiritual connections with light. Her work has been exhibited and published internationally. Prior to Covid-19, she travelled widely across Europe presenting and workshopping the Anthotype process, of which she is a recognised authority. Awards include Julia Margaret Cameron photography awards, ax3 American Aperture awards. As winner of the recent Hundred Heroines EXPERIMENTAL open call, she will be exhibiting alongside experimental photography doyenne Ellen Carey during Kensington and Chelsea Art Week. lumilyon.co.uk @lumilyon

Caroline Mawer is an emerging multimedia artist. Lockdown trapped Caroline inside — she used leftover packaging for her first sculptures as part of a very personal drawing-collage installation.

Then Caroline won prizes for her first film — a 6-minute Covid critique. She is making many more short videos now.  But Caroline doesn’t forget living in places with properly dark nights, like the Iranian deserts and Siberian mountains. Sleeping outside, the mythical constellations never stop sharing their stories. And comets wake her, as they approach, by knocking on her head. Caroline’s websites are www.carolinemawer.com/about-caroline/ and www.carolinemawer.com/blog/.

Jo Lane is a Melbourne-based artist who through an exploration of the use of images as language in various media; drawing, animation, sculpture, film, and photography probing ideas of identity, dislocation, and social responsibility. She has conducted a full time art practice which has evolved over time, commencing with botanical work many years ago and culminating in solo shows at contemporary art galleries. Having completed a Master of Fine Art Drawing in London in 2018 she has now exhibited in both her home country Australia as well as the UK.  Her work has been shortlisted for multiple drawing awards in both counties. Her website is jolane.com

Anthony Carr, born in London (UK), is an artist currently based in Victoria, Canada. Anthony’s practice is centred around experimental photography and sculpture, often blurring the boundary between the two. Anthony has exhibited in Europe, Asia and North America and received the Hotshoe Photofusion Award in 2015 and an Eaton Fund grant in 2017. Recent exhibitions of note include the VIII Polish Festival of Pinhole Photography OFFO, Poland, Inside Out, Five Points Gallery, Connecticut, USA and The Stars Look So Different Tonight, Fotogalerie Wien, Austria (all 2019). A selection of past and present work can be found at anthonycarr.co.uk

DRAN is an emerging visual artist, and filmmaker based in London, UK. DRAN’s work spans experimental dance film, digital performance, video art, and theatre scenography. Her practice explores social discourses and mental health, through a parapsychological lens: a belief that paranormal experiences exposes the reality of our own hidden sensitivities, unseen behaviours and subconscious fears. She acts as both the spirit medium and the artist, mediating interpersonal relationships between spiritual matter and the performer. Her work aims to reflect the supernatural power of ‘things’, transcending the capabilities of the human body and mind. DRAN is currently studying at Central Saint Martins, BA [Hons] Performance Design and Practice. DRAN has presented work in the UK and internationally, both live and virtually: The Place, Studio Wayne McGregor, The Platform Theatre, Rambert, ISSTA, The Photographers Gallery and so forth. DRAN has been recently appointed an Associate Partner of TheArtistsPlatform, founded by Anna Watkins [supported by Arts Council and Swindon Dance].

CAI is an artist, strategist and educator based in London. They investigate the contemporary preoccupation of digitising corporeality as a philosophical process to find out what it means to be human. Typically in the form of performance, installation and drawings, they contest intellectual and social conventions of seriousness and authority to create spaces for community healing and social justice. Humour, provocation and confessional narratives featured heavily in their work. These emotionally charged work often invite public interaction and participation.